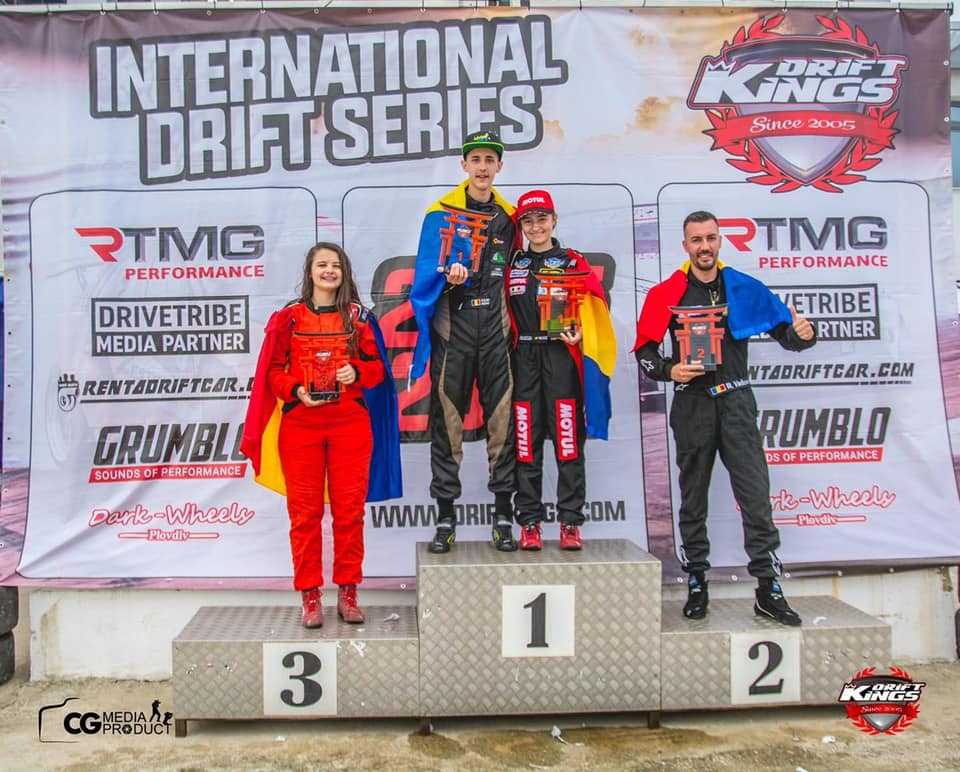 She is only fourteen, but that hasn’t stopped her from becoming Europe’s drift queen. Her name is Alice Ene and her wonderland is on the motor circuits, the places where she masters like no other the power horses hidden under the bonnet of her competition car.

This year, Alice became champion at the Drift Kings European Championship in Greece, where she managed to set a new world age record. Shortly after this achievement, the teenager had another extraordinary success: she won the final of the Czech championship organized on the Brno circuit in the Pro2 class. When she’s not behind the wheel or on the racetrack, Alice inspires thousands of young people in Romania and around the world through her social media channels:

Supporting her all the way is her father Sorin, himself a professional drifter and the founder of Romania’s first drifting school a decade ago.

The 9-year-old sister of the “Queen of Europe” at drifting is the one who prepares her car before the competitions. Not many people know that Alice has a 9-year-old sister, Sara, who is as passionate about racing cars as she is. Sara isn’t crazy about driving them, but she’s very good at everything on the technical side.

The Romanian Hub of TInnGo congrats her for all the hard work and performances and, especially, for promoting mobility among girls and women across the world.