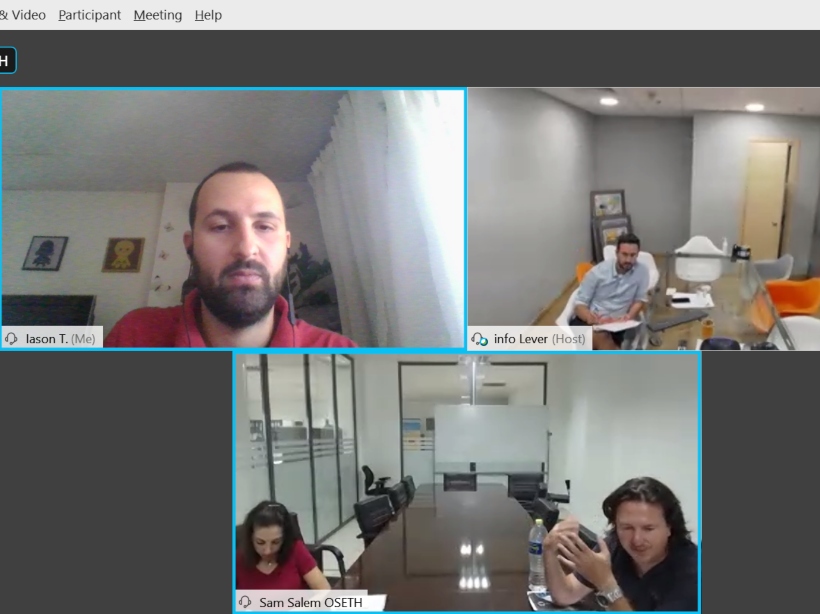 Ahead of the GADAP action plan formulation, Lever contacted Thessaloniki’s Transport Authority (TheTA SA) which is the organisation that plans, coordinates and oversees public transportation throughout the metropolitan area of Thessaloniki. This particular stakeholder was selected due to the fact that gender mainstreaming issues are not considered a priority for transport stakeholders throughout Greece and we wanted to take a top down approach and try to influence the higher level of public transport planning and management. A meeting was arranged through WEBEX due to Covid-19 since physical meetings are not the optimal option. The meeting was held in early September with the attendance of two staff members from Lever Development Consultants and two participants from TheTA.

Name of the Hub: Greek Hub

Description of the hub’s focus and aim

Transport Authority of Thessaloniki S.A. (English acronym TheTA SA, Greek acronym OSETH SA) has a public service purpose, operates within the boundaries of public interest and is supervised by the Ministry of Infrastructure and Transportation of Greece. It aims at the development, coordination and monitoring of public urban transport; urban bus, ground and underground, railed or sea transport services in the Regional Unity of Thessaloniki via an integrated, high-quality transport system based on the principles of sustainable mobility. TheTA participates in European projects that foster sustainable development in transportation such as SUMPs-Up, SUNRISE and FLOW. TheTA’ personnel come from different backgrounds such as transport planning – engineering, urban planning, surveying, economics and sociology.

In the past, LEVER SA has conducted a number of studies for TheTA SA, regarding different mobility issues, and a solid cooperation between the two companies has been established. TheTA SA has always been open to suggestions that aim to the improvement of the transport sector and has shown a keen interest on new ideas and concepts. The openness of TheTA’s members as well as the good level of communication, from past experience, set the ground for contacting the employees of TheTA in order for an initial presentation and discussion around the Gender and Diversity Action Plan concepts to take place. Here it has to be emphasized that TheTA holds an authoritarian position in transport and as such has wide experience on mobility issues; hence the contact with its employees for an elaborated approach on possible GADAPs, was considered ideal.

The aim of the workshop was to elaborate on the concept of GADAP, with the title of the workshop being “Gender and Diversity Action Plan”. The presentation began with an overview of TINNGO’s content and aim, in order to refresh the memory of the participants around the project. Two (2) people participated on behalf of TheTA and two (2) on behalf of LEVER.

Τhe presenter elaborated on certain definitions that are considered crucial for an appropriate understanding of the action plan, such as Gender, Diversity, Gender Smart Mobility and Gender Smart Mainstreaming. A description of what a GADAP should consist of and where it aims, followed, explaining that emphasis should be given on the specific context i.e. moving from a general framework to a local one, the latter being characterized by its special issues and particularities.

Later on, an elaborate discussion on indicators took place, with certain quantitative and qualitative examples being presented, so that TheTA’s participants would start to appreciate such concepts in greater depth. The fact that men or women should not be examined as a homogenous group, but rather as subgroups with distinctive characteristics, was highlighted, stressing that this is the approach to be followed in the gender and diversity action plans. The presentation ended by LEVER members asking the participants of TheTA their opinion on the problems that can be spotted around Gender Smart Mobility in the Regional Unity of Thessaloniki, and whether these could or could not change in the future.

In the context of public transportation in the metropolitan area of Thessaloniki, Gender Smart Mobility includes safety and security for vulnerable groups. Such vulnerable groups contain but are not limited to elderly, pregnant women, disabled groups and as highlighted by the participant stakeholder TheTA, teenagers that travel to and from school daily. In more detail, characteristics such as:

From the discussion that followed the presentation on GADAP, it was made clear that the providers are not (fully) aware of the Gender Smart Mobility issues, and although there is keen interest in the action plan, it was highlighted that there are more important issues that need to be resolved first, in order for a more functional level of transport services to be achieved in Thessaloniki.

From a managerial point of view, TheTA stressed that their level of responsibility is quite high, since they are in charge of the co-ordination of fourteen (14) smaller municipalities that make up the Regional Unity of Thessaloniki. This creates problems in the cooperation, understanding and approach of plans, rendering the harmonic collaboration of all departments a difficult task.

When it comes to vulnerable groups, a problem that was identified was the lack of any alternative to bus for mobility purposes. Accessibility issues to the bus stops were also discussed and it was mentioned that there are a lot of cases with regards to the existing built infrastructure, access to a bus stop, diverts from the design specifications. This restricts vulnerable groups from reaching a bus stop, so their need to access public transport is not met. Here, it has to be stated that the situation gets worse when cars are parked illegally (even temporarily) in front of bus stops. At other times, the distance between two consecutive bus stops can be quite high, creating discomfort to people with impaired mobility.

Α number of bus stops, is not equipped with timetables and telematics. Although this might not be a huge problem for younger generations, it can cause disorientation and unnecessary worry to the elderly groups. The elderly groups are also vulnerable when it comes to obtaining information on travel times, bus routes etc. since there is a high possibility that they are not familiar enough with the modern technological advancements (i.e. usage of internet services / mobile phone applications).

Furthermore, inappropriate light conditions at bus stops, especially during night hours, are a cause of fear for vulnerable groups. The problem is reinforced when such bus stops are close to areas that are perceived as unsafe.

Another problem the vulnerable groups (mostly elderly people or pregnant women) face, is entering an overcrowded bus, especially during peak hours. This is a situation very likely to happen, especially during the past year in Thessaloniki, because the bus fleet has decreased. Behavioral problems have also been mentioned within a bus; people of younger age might be indifferent in providing assistance to vulnerable groups.

Finally, a lack of complete data set that includes gender related information was identified by TheTA. This result to non-existence of a baseline assessment which creates initial difficulties in constructing an inclusive action plan that deals with gender and diversity issues.

The finalised Greek Hub’s GaDAP will be published shortly with recommendation and policy suggestions as well as findings.