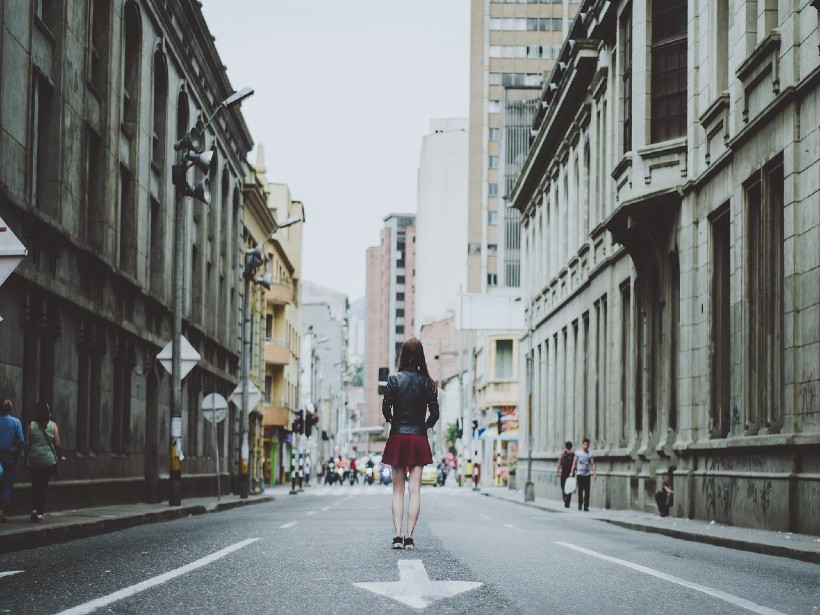 Recent disappearance and murder of one woman in the UK sparked a national outrage followed by a conversation around women`s safety. 33 years old Sarah had been missing for 9 days before police confirmed on March 12th  they had found her body in the wooded area south-east of London. She was last seen walking the main road at 9 pm in London going back home after visiting her friend’s house. 6 days after Sarah’s disappearance, a police officer was arrested on suspect of kidnapping and murder. Sarah Everard’s journey from Clapham Common to Brixton had taken her through some of the capital’s most populated, brightly-lit, and well-walked parts. She did what women are often told to do: stick to the busy streets, avoid dark alleys, and yet it did not protect her. The case has driven thousands of women in Britain to speak up about harassment and fear they face everyday when walking on the streets in their own cities. Women across the country took to social media to discuss their own experiences of walking the streets and the lengths they went to feel safe. Some tweets reached 120 000 likes and were populated with stories of how women feel threatened by men in public spaces. Some of the women from TinnGO Team anonymously shared their own experiences of harassments in the public places:

`A man exposed himself on a train once when I was about 11 and sitting with my whole family mum, dad, sister – but he was only opposite me so only I saw. (I was too shocked to say anything)`

`Apart from catcalling, wolf-whistling, I was followed by strangers few times on the street; there was a man who followed me on my way back from lunch saying that he was observing me and he knows where I work and he works just across the street so I should give him my number.`

`As an 11 year old, was told that I was prick tease when sitting by myself in the middle of town and refusing an ice cream from an old man: girls like you are the problem…`

`As a young mum I was walking to a meeting and followed by a car, which circled round and round my route. Sufficiently spooked to hide in a garden. Did not tell anyone as I may have just been silly and had not been out on the dark on my own for some time. The roads were dark, deep in suburbia. As a mum feel extra vulnerable as you have the safety of the kids to consider as well.`

`There was a man who shouted at me from his car, then he pulled over when I walked to the train station, he got out and followed me to the platform. Luckily, the train just came and I jumped in. It was 2 pm.`

`When a young mum pushing a pushchair and wearing a cagoule in the pouring rain I had my bottom squeezed by a cyclist from behind – it was a lonely pathway and frightening  I reported it to police and they did send someone to see me as a ‘victim’ but they never did anything – no bobbies on the beat by then.`

`On my way back home I was attacked by a man who grabbed my wrists and tried to pull me. I screamed and ran away. It was a gated campus area, with 24h security.`

`My parents took me everywhere by car or accompanied me – they picked me up everywhere – no matter what time in the night – I bought a little car when I was 18 years old – so that I was never depended on someone else. I had a mobile as soon as that was available – I think when I was around 14 years. And I had always a Peeper with me – an alarm that started to when I pressed a particular button – very loud.`

`When at school: various incidents including molestation when waiting to get off a bus, in front of passengers – no one did a thing. Groomed by an older man who travelled the same way as me every day – walking over waste ground etc.  Changed bus routes`

`I have been groped when working in a warehouse job (70’s) – you wouldn’t report that then, just move away from them`

`Walking home after midnight, I was followed for about half a mile and then approached from behind, heard the footsteps getting nearer and had some time to gather my wits, remove scarf (danger of strangulation), drop bag – consider footwear and what I could do – flee or fight back. I was sufficiently near a busy hospital and he was spooked. Reported to police, who drove me around looking for someone wearing white trousers.`

`Dating is when I go extra mile to keep myself safe: before the date always share What’s App location with my friend, never let men to pick me up/give me a lift, never share my address, never leave my drink unattended, never give my workplace address, I always check their social media and LinkedIn beforehand to see if they are who they say they are;

Women share safety strategies that became a part of their daily routines to keep themselves safe:

`I still go out at night – wear flat shoes, keys in hand perhaps, rucksack or shoulder bag- walk quickly. The leisure centre car park is dimly lit and I complained once but council said it was too expensive to mend the lights that year (!) If it`s dark when I leave I make sure I’m with other people.`

Women across the UK started sharing safety tips on social media and how we can employ the newest technology to feel safe but many shared concerns that it is not the women`s behaviour that needs to be changed and only men can stop the male violence. Sarah`s disappearance sparked outpouring rage and frustration because so many women would see themselves in that situation. Women can be hypervigilant, they can follow all the precautions that have been taught since they were children and yet they can become a victim just like Sarah.

A recent YouGov Poll for women found that seven out of 10 of women had experienced some form of sexual harassment in public.

This number was nearly 9 out of 10 for younger women.

Street and public harassment can have an effect on mobility patterns of women and their journey experiences (Osmond&Woodcock, 2015). Prevalence of street harassment reveals a systemic failure leading to inequalities in how we access services and how we go about our lives. Safety issues have clear impact on how we access employment, education, and in overall how we experience cities and public spaces.

In response to recent online movement calling out on male violence UK Government reopened Call for Evidence to further collect views from those with lived experience of, or views on, crimes considered as violence against women and girls. UK Government is looking for views to help inform the development of the government’s next Tackling Violence Against Women and Girls Strategy. Public consultation is open to all genders until 26th of March 2021.

Data shows street harassment is rarely acted upon globally. One of the biggest study conducted by Monash University in Australia showed that only 16% of reported cases were acted upon. In the majority of reported incidents women were dismissed, belittled, or even harassed by the local authorities which resulted in complete lack of trust in the system. These experiences provide extremely valuable insight into why reporting rates are so low. Moreover, reports like this call for a systemic change in how we respond to gender based violence in public spaces. Policy makers, city stakeholders and governments can use this data to develop awareness campaigns and better reporting systems which can positively shape women’s experiences in cities globally.